My family and I were at a park in Mijas, Andalucía, when I discovered a few chalk drawings on the floor. Amazed by the characters and their names, I began to take pictures of them. A few months later I became curious about the names in the drawings so I googled them. They are characters from a remake of a Japanese fantasy  series I used to watch as a child: Ultraman. I do not remember how the names of the characters were translated to the dubbed version I used to see in Argentina, but not Etelgar, nor Kaiser Ghidorah either, for sure!

I felt an instant connection with the unknown kid who did the drawings, so I decided to turn them into sculptures and make some kind of campaign to find the boy, or could it be a girl? Anyway, the first part is done, the sculptures. Now I have to look for the kid! 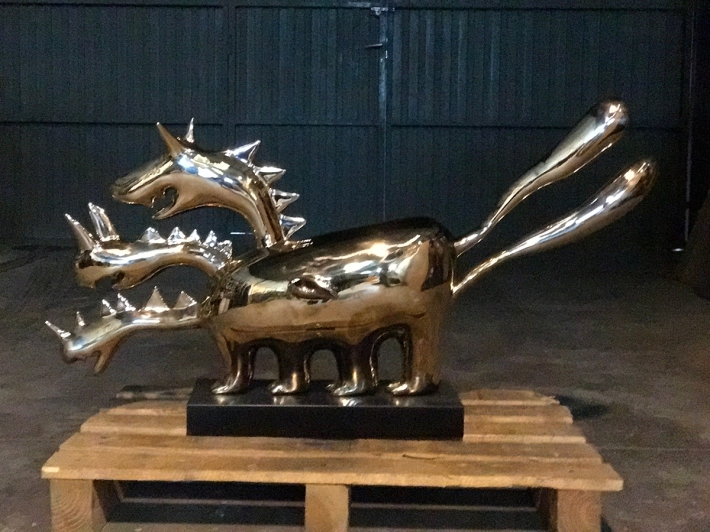